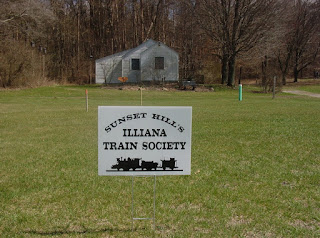 The Building Commettie formaly broke ground for the Train Garden venue in the Spring of 2018. 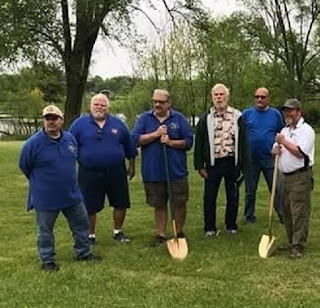 Unlike typical railroad G-scale modelers
who construct their layout from the ground up,
The Sunset Hill’s Illiana Train Society's Relocation Committee
began collecting $52,000.00 in donations to employ outside contractors to rebuild the

The relocation group managed to tear down the original "Bull Moose Line" layout at Samuelsons Greenhouse
in the fall of 2018 and then transport the dregs
to the Sunset Hill site. 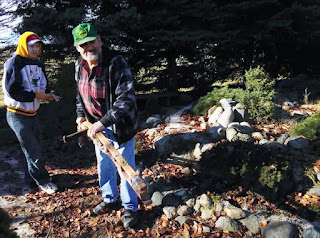 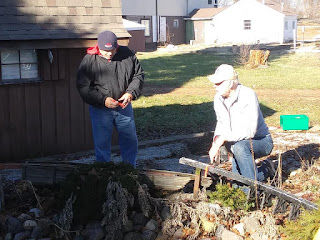 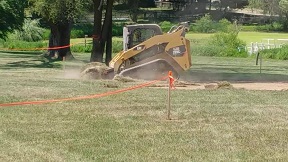 Subcontractors built the I T S Train Garden retaining wall for the
"Bull Moose Line"layout
on the ground above the old septic field on the east side of the park. 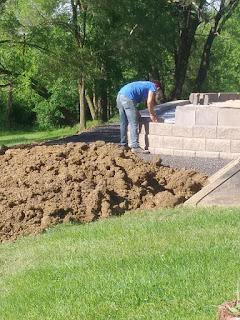 A she-shed was moved onto the site insted of the branch line train station that was originally envisioned by the group. 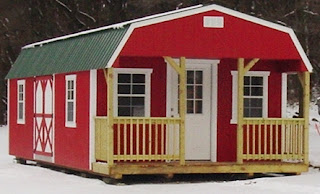 Final exterior touches to the prefab shed were made by Amish craftsmen
after delivery to the site. 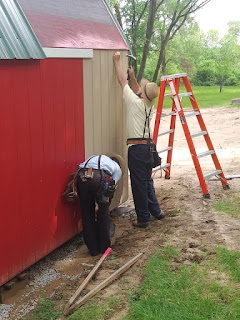 The end result in the Fall of 2019, after three years of development
by the members of the Building Commettee,
was
a fenced in unfinished
hodge-podge of  landscaping, track, roadways and model buildings
plus a she-shed. 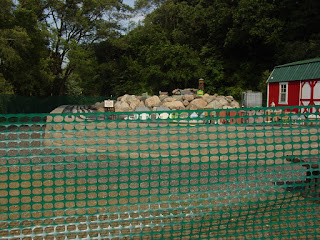 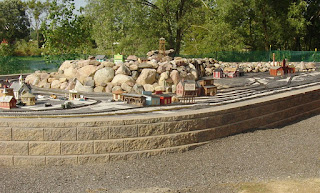 The hope for 2020 is that the finished layout at Sunset Hill Park will look like the one that was completed at Samuelsons Greenhouse
in a scant  three months
back in 2004. 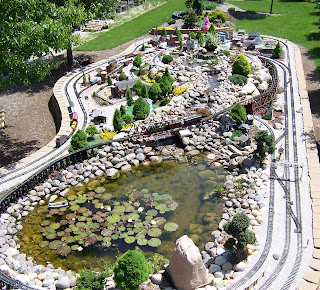 To contribute send donations to: