The Garden Railway layout at Samuelson's Greenhouse in Valparaiso is gone. It closed in 2017 and was dismantled.No G-scale trains will run there again. 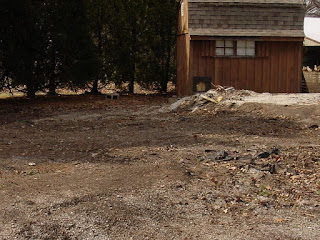 
Number of member ballots received after the 12:00 noon cut off time on February 14, 2018
and Society members solicited who did not respond = Thirteen (13)
Number of Ballots received before the 12:00 noon cut off time on February 14, 2018 = Seven (7)
Number of ballots with “Yes” votes received for the name change = Seven (7) “Approved”
Number of ballots with “No” votes received = Zero (0) “Not Approved”
The “Yes” vote majority passed the name change, 7 to 0, 100% of the votes submitted.
By a vote of 7 to 0 the name change to “Sunset Hill’s Illiana Train Society” was approved by the Society  membership
That's how the the G-scale model train group became Sunset Hill's Illiana Train Society (ITS)

Sunset Hill’s Illiana Train Society members plan to carry on the operating traditions and craftsmanship associated with G-scale modeling of the society founders,
opening the new “Bull Moose Line” venue to the general public sometime in the Spring of 2020. 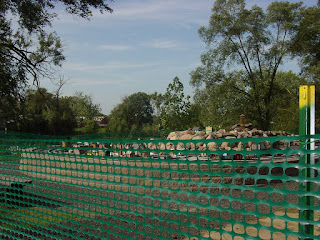 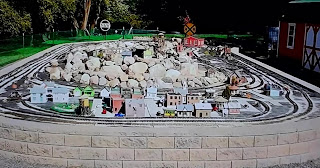